Whether you prefer watching birds through your binoculars or at your patio bird feeder, you’ve probably wondered if the same birds visit everyday. After all, there are so many birds out there that it’s nearly impossible to keep track. Actually, how many birds are in the world in the first place?

How Many Birds Are in the World?

As one of the most mobile types of animals in the world, birds definitely get around. But that also makes it extremely difficult to track them and recognize one bird from another.

Add to that the fact that most birds travel in large flocks (common pigeons live in flocks ranging from 50 to 500 individual birds!) and answering the question of how many birds are in the world becomes even harder.

However, birdwatchers aren’t the only ones who have pondered this question. Many biologists and other scientists have not only wondered about the number of birds in the world but have taken steps to actually learn the answer.

So, do we know how many birds are in the world right now? Well, we have a research-based estimate.

Through a variety of different estimation techniques, researchers believe that the world is home to somewhere between 200 and 400 billion birds at any given time.

Yes, this might seem like a pretty wide range. Still, whichever end of the spectrum is most accurate, that’s a lot of birds!

Counting and Classifying Different Birds of a Feather 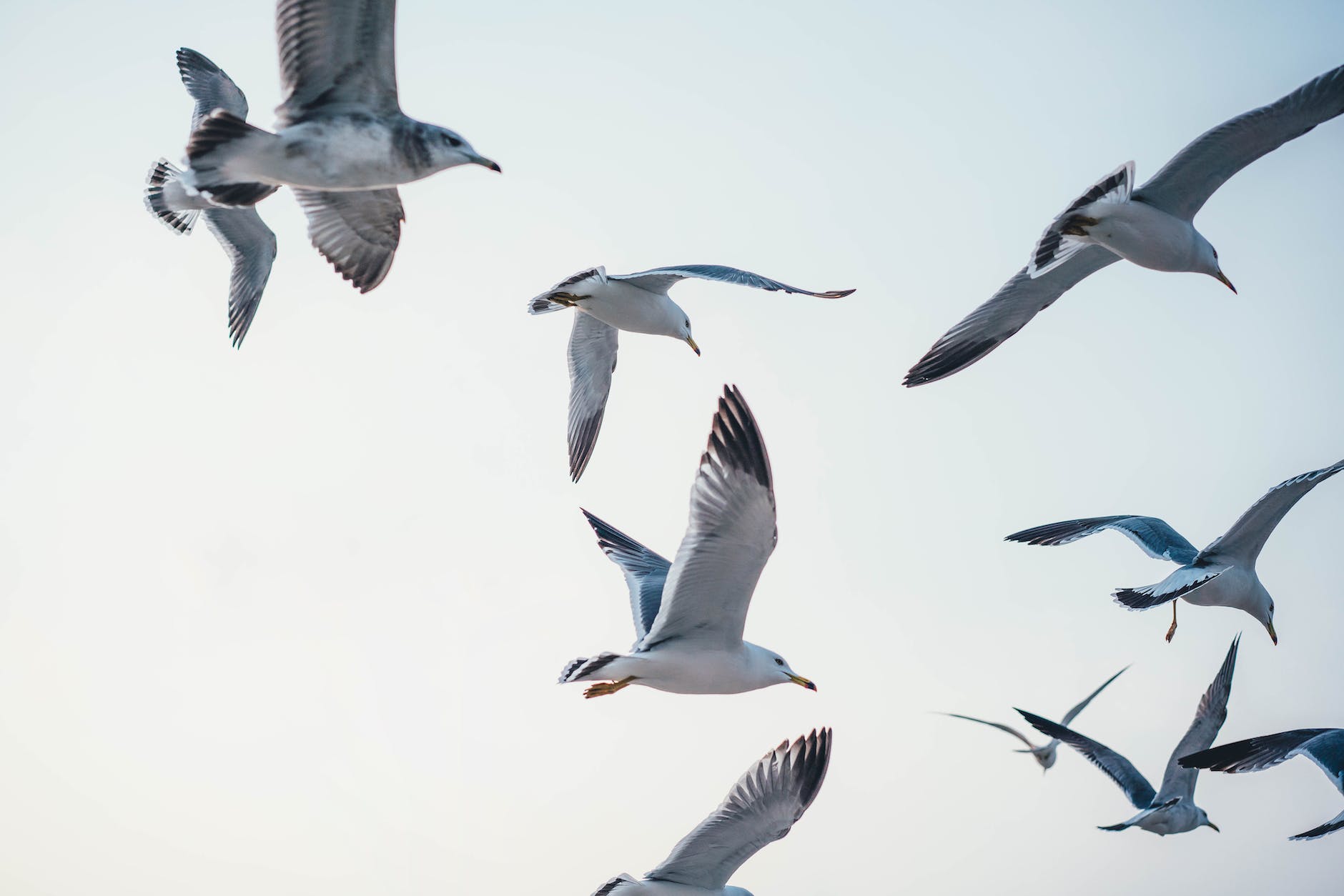 We know, thanks to the hard work of bird-focused scientists, that we have 200 to 400 billion individual birds in the world at this time. But how many birds are in the world when it comes to different species?

Although knowing the total number of birds, regardless of type, is still useful for studying biodiversity and conservation, there’s a big difference between a billion sparrows and a billion ostriches.

All birds, no matter the size, habitat, or lifestyle, belong to the taxonomical class Aves. From here, though, each type of bird can be divided and classified into different orders, families, genera, species, and, finally, singular individuals.

How many of each do we have in the world? Let’s find out:

Since all birds belong to the Aves class, we can say that the class contains between 200 and 400 billion birds. But leaving it at that does scientists and bird enthusiasts little good.

As you may or may not remember from science class, taxonomy ends up looking like a large family tree. While you start at the top with only a couple of branches, further down the tree, this turns to dozens and then hundreds of branches!

Right now, there are around 23 orders of birds in the world. Yep, you read that right: around 23. Some sources put this number as high as 28 different orders.

Taxonomy is a tricky thing. Natural life is constantly being shifted about and recategorized based on new findings, so you never know when a certain order will appear or disappear overnight.

Either way, these orders allow us to identify and organize different birds based on physical traits, habits, and known genetic connections. Some of the most recognizable orders include:

As you can see from the five orders listed above, at this stage we’re starting to make clear distinctions between broad types of birds.

You should also keep in mind, though, that not all orders have the same number of families, genera, or species within them. For example, Passiferiformes accounts for about half of all birds! And this order also contains more families than any other.

All in the family 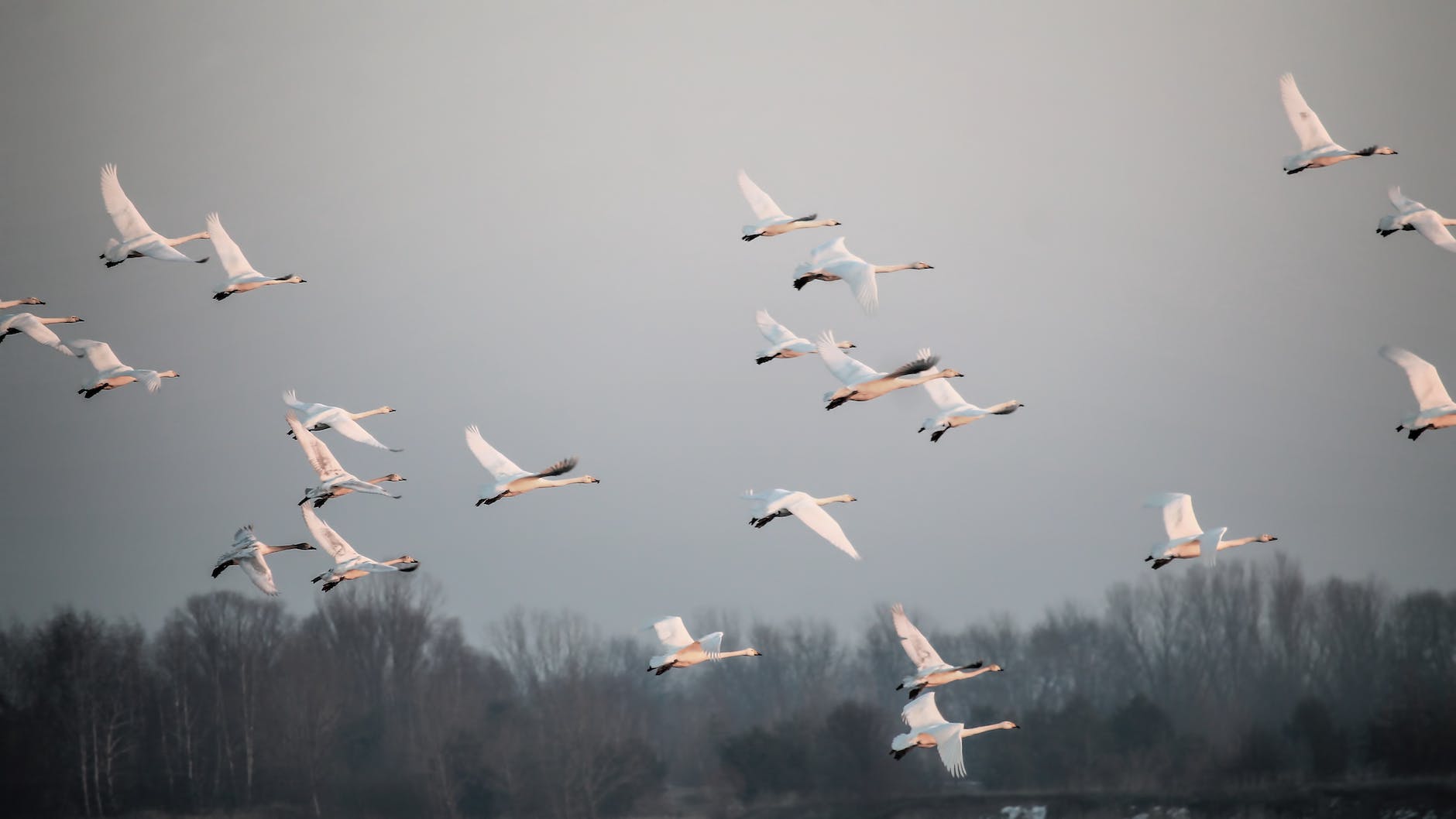 Although these orders help organize the world’s birds to an extent, we’re far from done. After being classified into an order, each type of bird then needs to be placed in a family.

Remember how we said Passiferiformes contains about half of all bird species known to humankind? Well, this single order contains around 82 different families.

On the other hand, some orders don’t break into multiple families at all. Cuculiformes, which contains the world’s cuckoos, only has one family: Cuculidae. The same is true for Anseriformes, the order of ducks, geese, and other waterfowl.

Are you wondering how many birds are in the world when broken up by family? Well, there’s even less agreement over this number than over the number of orders!

Depending on the source, the total number of bird families in the world can range from around 150 to just over 200. Still, this gives us a better idea of the distribution of birds that make up the billions of individuals living on the planet. 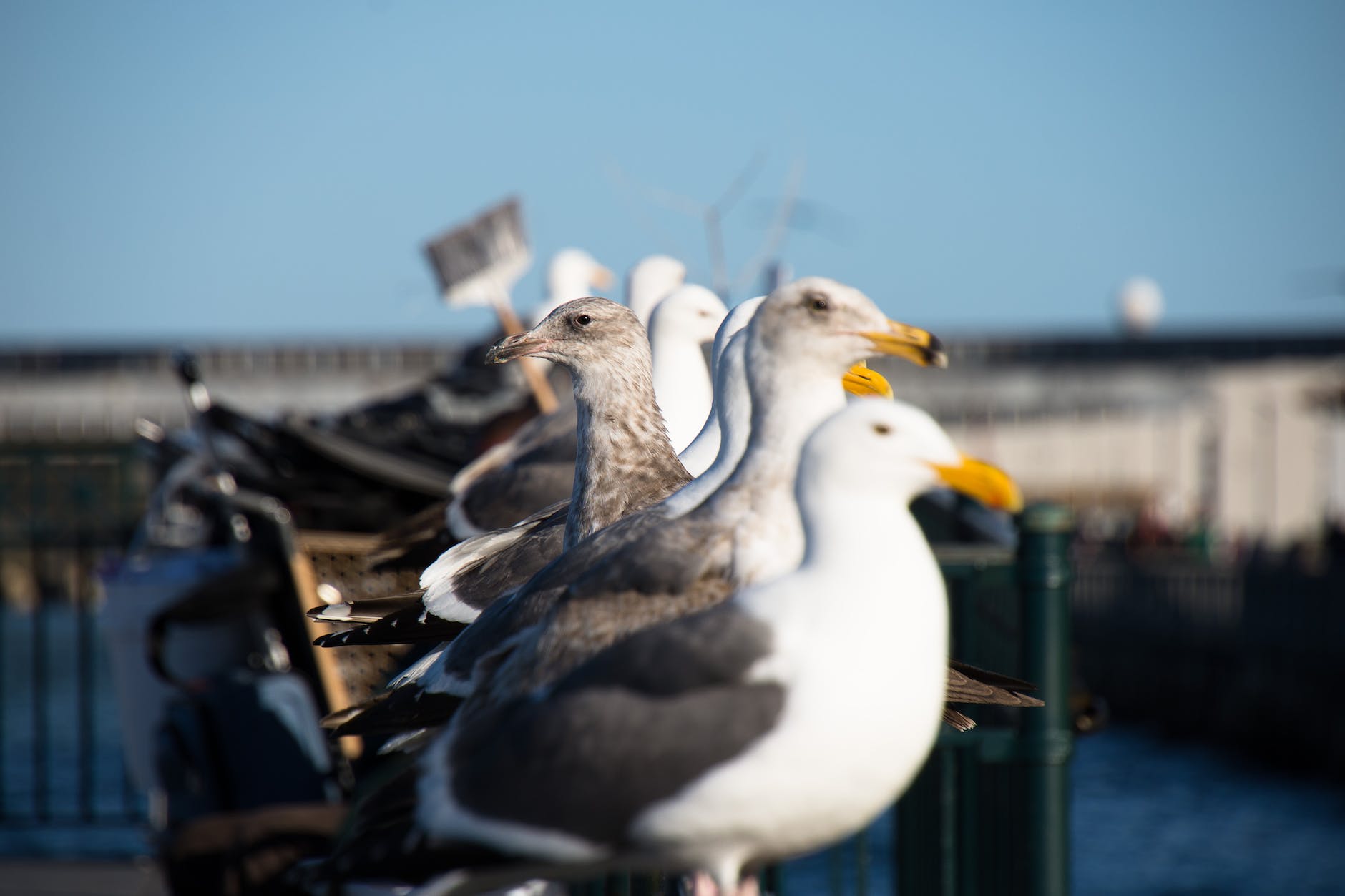 If you look at a scientific name, like Homo sapiens, you’ll notice that there are almost always two separate words. The first of which is the species’ genus.

As you probably guessed, we don’t have an official number of genera (plural for “genus”) on record. Instead, we just know that there are around 2,000 different genera in the Aves class.

Again, just like other levels of taxonomy, it’s possible for a genus to contain only one species.

However, this doesn’t make the genus any less important. And there’s always a chance for new species to be discovered or for existing species to be recategorized in the future. 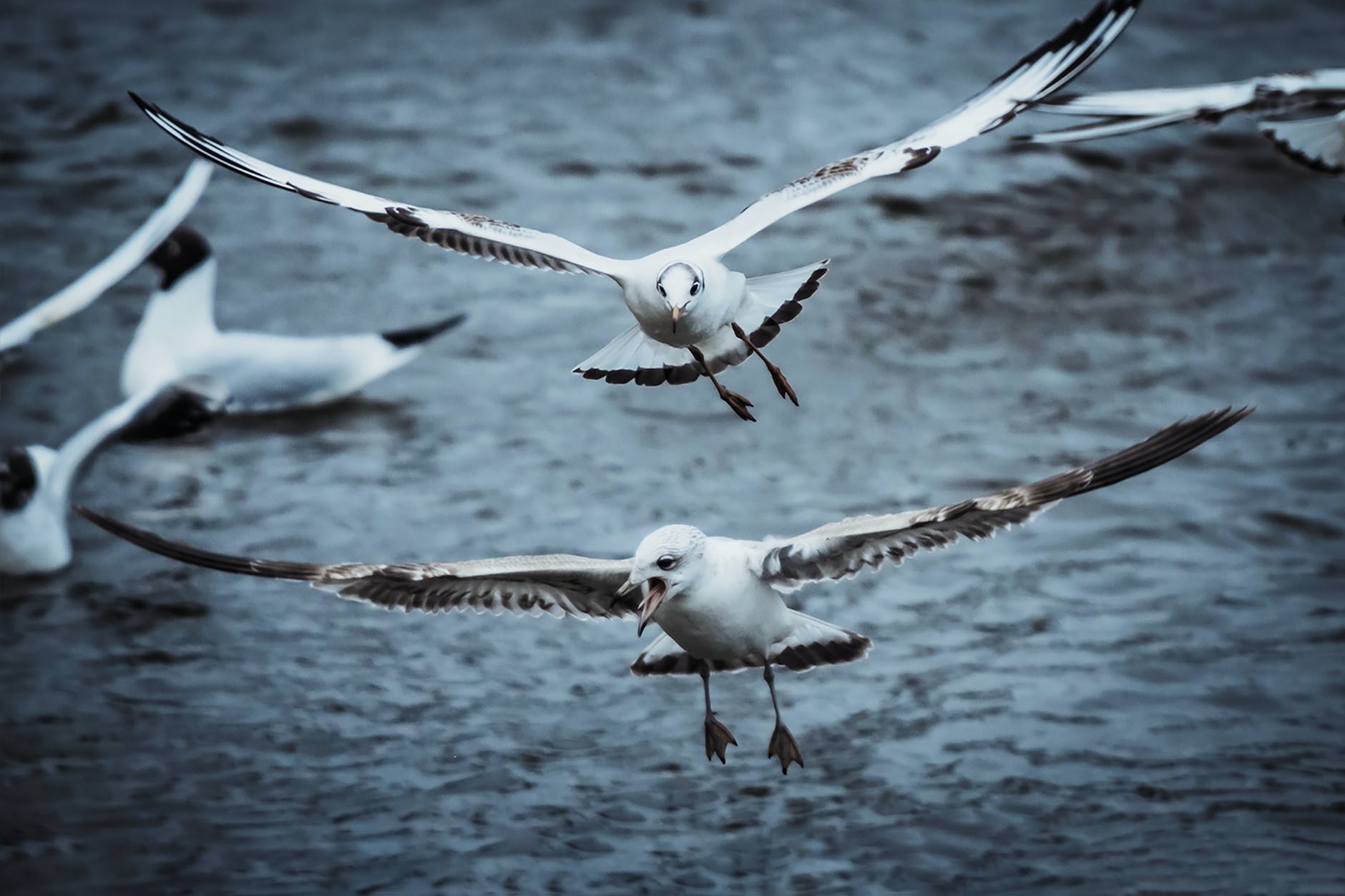 Finally, we’ve reached the species level of taxonomy. Short of counting each individual bird currently flying around the globe, knowing the number of existing species gives us a general idea of how many birds are in the world.

With that said, there’s much debate over how many bird species actually exist (you probably aren’t surprised, though, are you?)!

For decades, researchers believed that the number of living bird species was around 10,000. Of course, that number is quite impressive. But it might not be the truth.

According to research conducted in 2016, the number of bird species might be almost twice that number! The official estimate sits at 18,043 different species, though the real answer is likely anywhere between 15,845 and 20,470.

So, if you thought you had seen all the birds there were to see, you better think again! 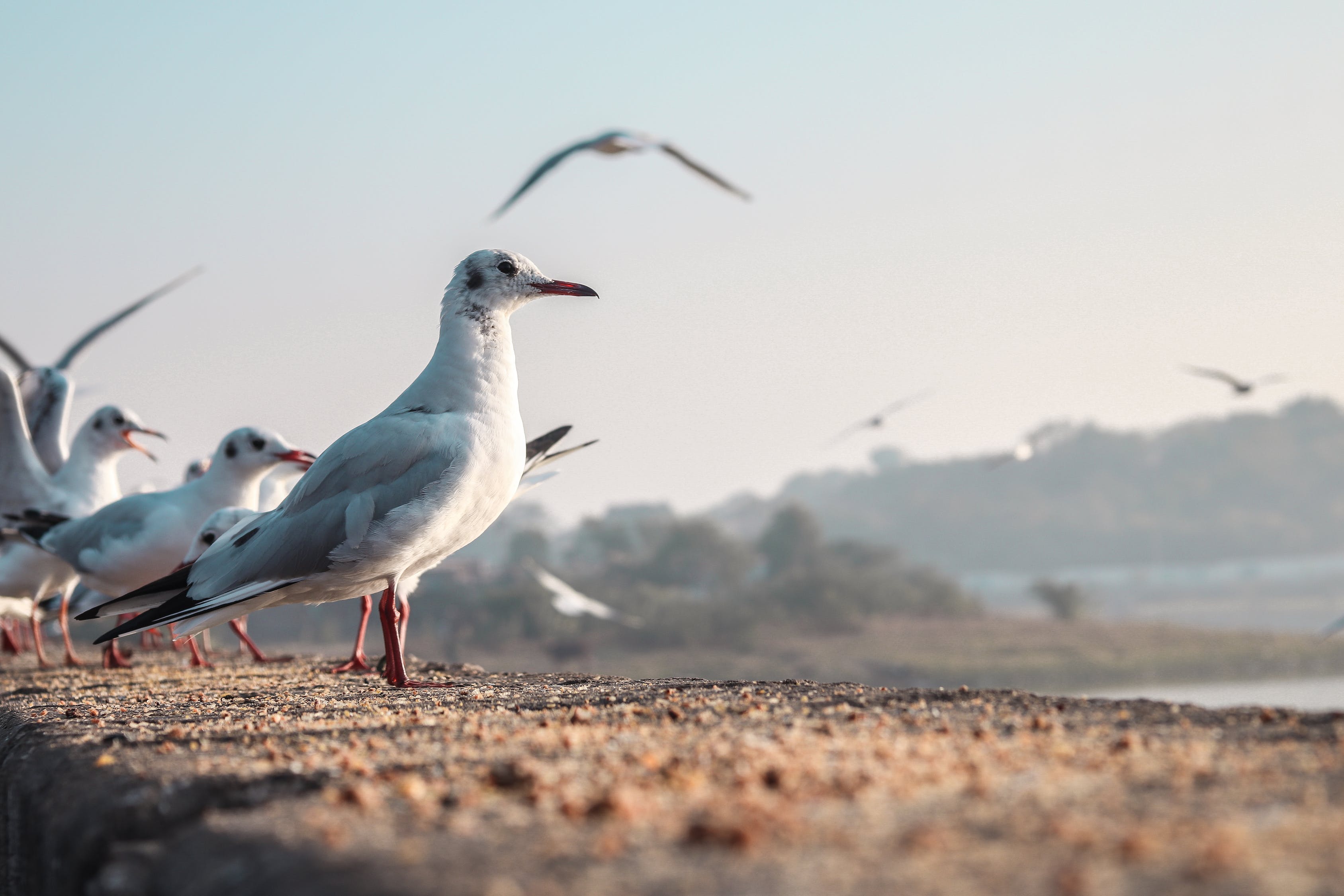 Right now, the numbers above (while estimates) are fairly accurate. And even when you break up the world’s birds into taxonomical categories, it’s extremely difficult to imagine over 200 billion individual birds!

However, these numbers aren’t guaranteed to last forever. Researchers estimate that the number of birds has declined up to 25 percent in the past several centuries.

But the scariest part isn’t that the world is losing individual birds at a rapid rate. Instead, it’s that we’re also losing entire species.

Since the 1500s, around 500 different bird species have gone extinct. Today, there are close to 1,500 more species that are at serious risk of following suit, perishing for eternity.

Yes, some of these losses could be the result of natural evolution and changing environments. But we also can’t ignore the effect that human development has had on our feathered friends.

For many years, humankind has changed the natural world around us through agricultural, urban development, industrialism, and suburban sprawl. While these changes have (mostly) benefited us, they have had some unintended side effects for the birds that share the land with us.

Some species, like the peregrine falcon and pigeon, have taken these changes in stride. Others, though, are feeling the effect of diminished habitats, scarce food sources, and climate change.

So while knowing how many birds are in the world is an exciting piece of information, we also need to understand that this number can change in a moment’s notice.

How You Can Help Protect Your Local Birds

Most avid bird watchers probably already do their part to help the world’s bird population. However, there’s no such thing as helping too much!

If you want to provide a sustainable environment for local birds to thrive, there are several ways you can help:

Of course, you can hang a bird feeder (or several) on your property. But adding a source of clean water is also an excellent way to both attract birds and ensure they stay healthy in the summer heat. Even if you don’t have room in your yard, a deck-mounted birdbath is a great resource for thirsty birds.

Part of protecting the global bird population also means ensuring your local residents can mate and raise their babies to adulthood. Birdhouses of any type are extremely useful, especially in areas where there are few safe spots to build a nest on a tree or building.

Other small steps you can take to ensure the safety of your feathered friends is to put stickers on reflective windows, place bird feeders and baths in spots where predators can’t reach, and plant native shrubs and trees on which local birds like to feed.

With a little work, you and other bird lovers can create a safer world for our flying friends to live.

What are your favorite techniques for attracting birds to your lawn or balcony? Share your methods for protecting your neighborhood birds in the comments below!