You’ve probably heard that you shouldn’t pick up birds’ nests, or do anything else with them. When you disrupt nature, there are usually consequences. But what do birds do when their nests are destroyed?

What Do Birds Do When Their Nests Are Destroyed? 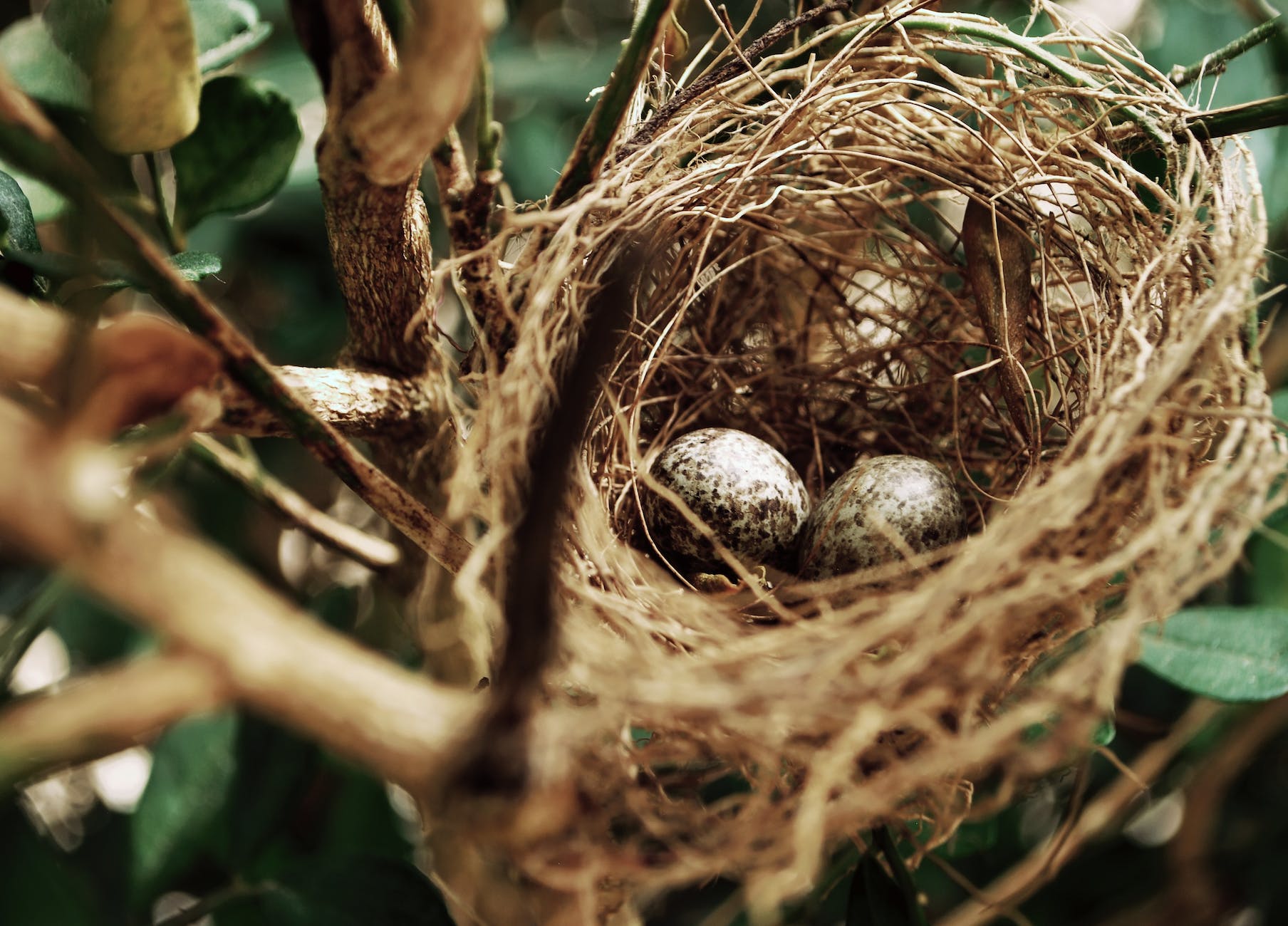 It’s easy to wonder, what do birds do when their nest is destroyed? The truth is that there’s no simple answer. It really depends on the species of bird.

A lot of people have a simple answer to the question, what do birds do when their nests are destroyed? They believe that the mother bird will just abandon her eggs or babies if humans have even touched the nest. However, that isn’t necessarily true.

People will generally say that a mother bird won’t go back to her eggs if a human being has touched the eggs or nest. Supposedly, they’ll reject anything with even the hint of the human scent.

However, birds typically don’t have a very strong sense of smell. They don’t have very sophisticated olfactory nerves, and there are only a few birds that even have the ability to pick up certain scents. Most birds can’t tell just by smell that one of their eggs was in a human hand.

Many people believe that you can’t touch a baby bird who’s fallen out of the nest.

They think that this will automatically cause the mother to abandon the babies. However, this isn’t always the case, as we’ll explain later.

Now you know that just touching the nest, an egg, or a baby bird probably isn’t going to do much harm. The mother bird will continue to take care of her babies, regardless. But what do birds do when their nests are destroyed?

Destroying a nest is generally different from merely touching it. If a human or an animal predator destroys the bird’s nest, there’s less of a chance that the parent birds will continue to take care of the babies.

In some cases, if a person sees a destroyed nest on the ground and puts it back up in a tree, the birds will continue to take care of the nest.

In other cases, they’ll be more likely to just abandon the nest and start a new one somewhere else.

There’s no one-size-fits-all answer for all birds when thinking about the question, “What do birds do when their nests are destroyed?”

It really depends on the species of bird. In some cases, it might even depend on the individual bird, as you can’t expect all members of an avian species to behave the same way at all times.

House finches, for example, will likely start over in a new location if a predator destroys their nest; however, in some situations, they’ll just re-nest in the same place.

If the predator only destroys the eggs and young and leaves the nest intact, they might lay more eggs. However, this is only one species, and it doesn’t even apply to every house finch.

But the one thing that you probably can conclude from all of this is that you shouldn’t ever tamper with, much less destroy, a bird’s nest if you can help it. There’s a chance that you’ll be dooming those baby birds if you do so, even if you don’t actually destroy the eggs themselves.

What You Should Know About Destroying Birds’ Nests 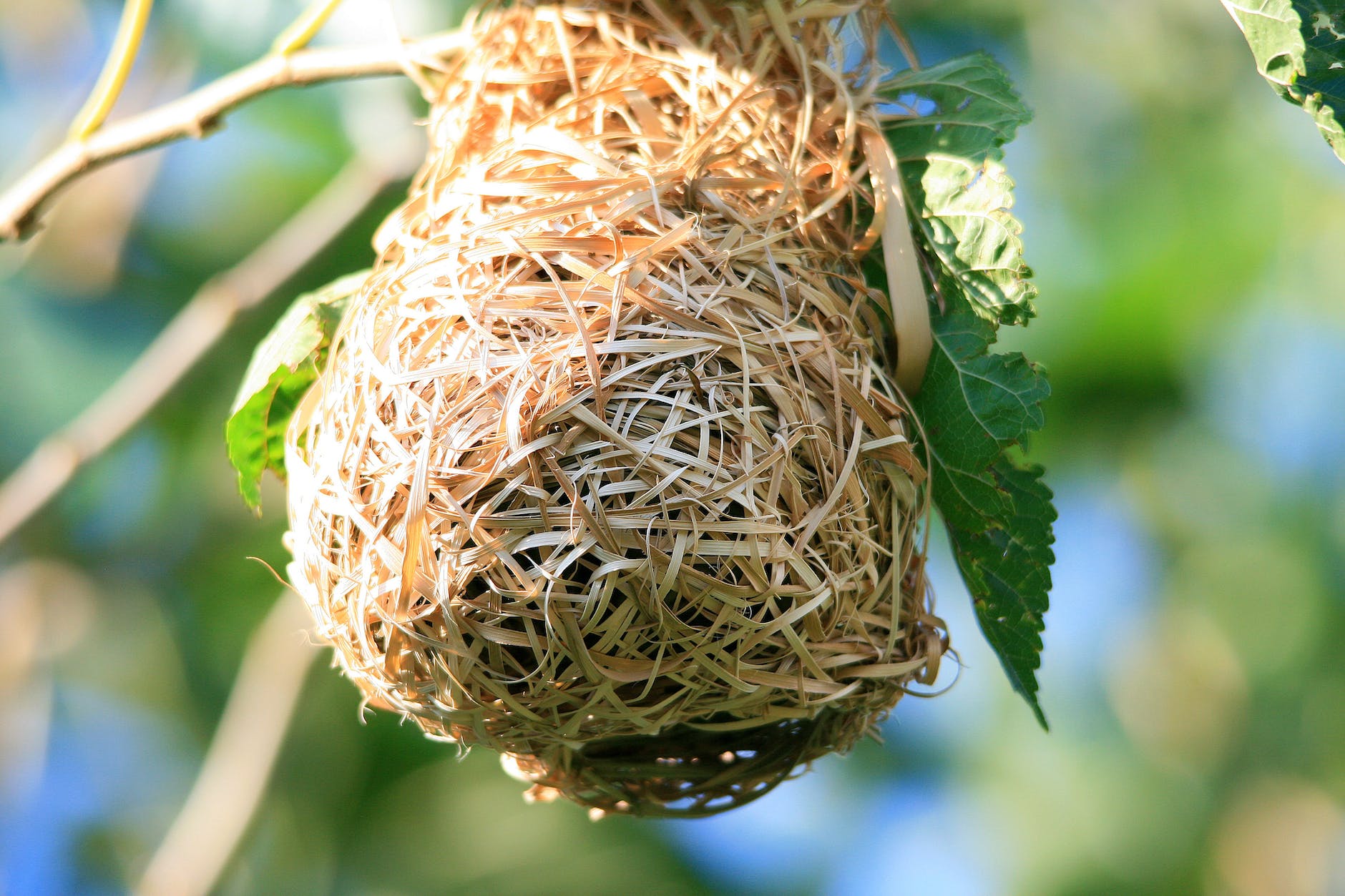 Now, you know a little bit more about the answer to the question: What do birds do when their nests are destroyed? It makes sense, then, to make sure you know when it’s appropriate to remove or destroy a bird’s nest.

It’s true that birds don’t always build their nests in safe or appropriate locations. However, this doesn’t mean that you can just exercise your own judgment and get rid of a nest. You need to understand the laws on the matter.

Before you remove or interfere with a bird’s nest in any way, you need to figure out whether or not what you’re doing is legal. You need to consider not only local but also regional and national wildlife laws.

The majority of birds are protected species, and you could actually end up with legal ramifications for tampering with their home.

For example, in the United States, it’s illegal to destroy or remove any active nest from a native bird species. That means you can’t tamper with a nest that has either eggs or brooding adults in it.

However, if the birds have abandoned the nest or there are no eggs in it, you can remove or destroy it if necessary.

And there are certain birds that the laws don’t protect, such as house sparrows and European starlings. These are considered invasive birds, and you won’t be punished for getting rid of their nests.

When you can (or should)

There are certain times when it’s appropriate to remove a bird’s nest.

One of these times is when it’s an abandoned nest, and breeding season is over. Any other situation where there are no birds using the nest, and it’s falling apart to the point where it’s unsafe, is also a time when you can remove it.

If the nest is in a dangerous location, such as in a doorway, you can move it to a different location.

That protects the birds from stress and injury. You can also remove one that’s in a birdhouse that you need to clean out.

There are certain locations that are considered unsafe for birds’ nests. These include near doors and walkways; inside pipes, gutters, chimneys, connected dryer vents; and on different types of equipment, such as lawnmowers, grills, and car bumpers or tires.

There are few nests that you shouldn’t remove at all, at least not without consulting the appropriate wildlife authorities.

Typically, you shouldn’t be doing anything with nests unless the birds aren’t going to be using them again. That isn’t the case with large birds, such as raptors or herons; they use their nests for many years, so you shouldn’t do anything with those.

There are also nests in early summer that birds can reuse for additional broods, even if they may appear to be abandoned.

For your own safety, you shouldn’t try to remove the nests of raptors or owls; the defending adults can actually be dangerous to you. You also shouldn’t attempt to remove any that would be dangerous for you to reach physically.

Make sure that you don’t destroy any natural cavities to remove a nest. You should also make sure not to destroy the nest of any endangered bird who is unlikely to build a new one if you disturb it.

How To Handle A Birds’ Nest Or Baby Birds 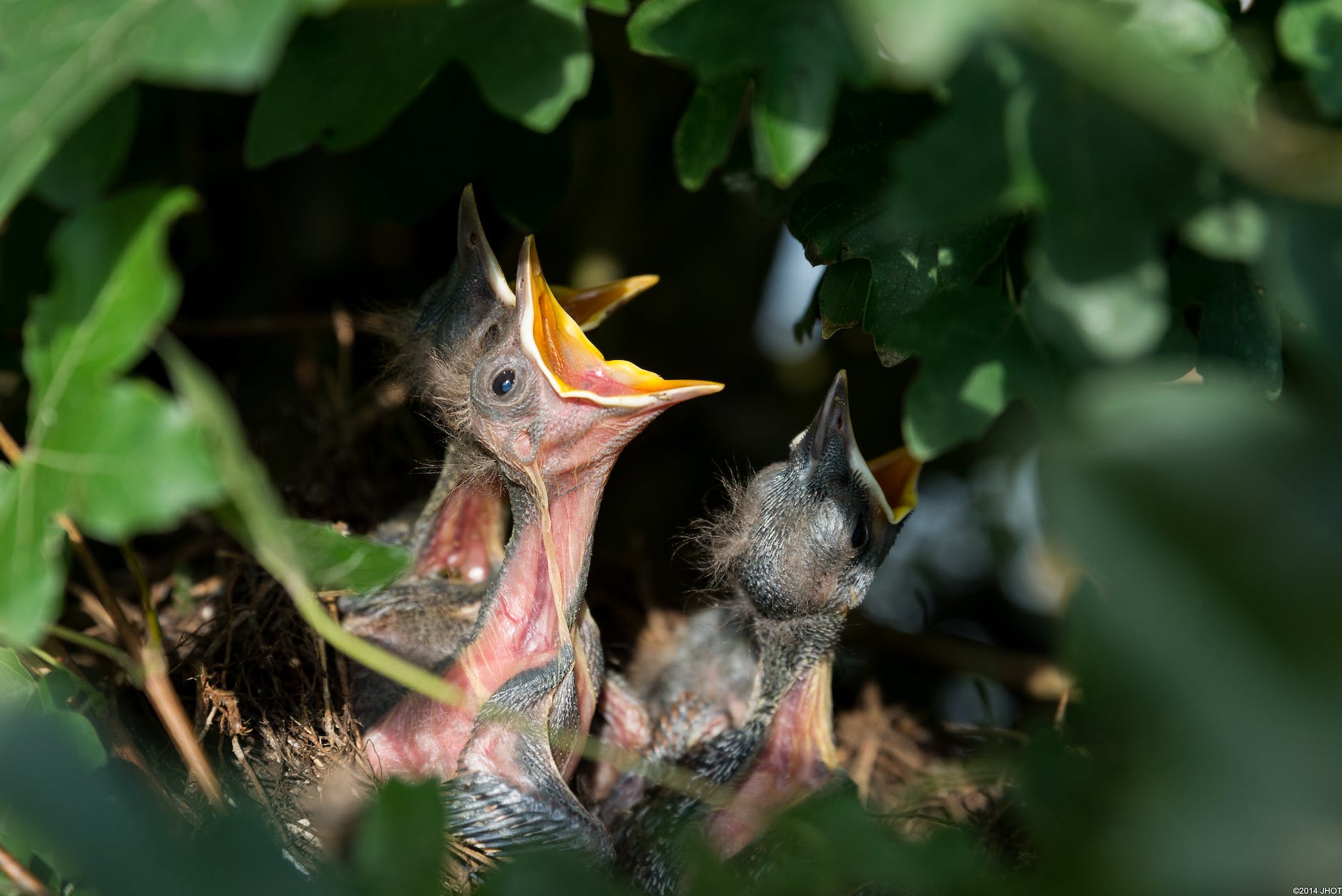 In the best interest of baby birds, it would be good for you to figure out how you should handle the nests and the birds themselves.

If you need to remove a nest, the best time to do so is when the birds are building it. That way, you’re less likely to disrupt the animals and have an impact on any babies. However, if you absolutely have to remove a nest after birds have made a home there, you’ll need to contact a professional to see what you should do.

Given that you can remove the nest, make sure that you spray it with an over-the-counter pesticide first. Nests can contain bedbugs, ticks, fleas, and mites from the birds themselves.

Make sure you do this wearing long sleeves and long pants. Take them off and wash them right away after removing the nest. You want to kill any mites or chiggers.

You should also wear latex gloves to avoid contact with bird droppings and parasites. Dispose of them afterward. Also, make sure to wash your hands in hot, soapy water right away.

And make sure that you use respiratory protection during this process. You want to avoid inhaling dust, parasites, and other potentially harmful pathogens. Dispose of the nest in a trash bag, which you’ll want to seal properly to prevent the spread of any pests.

With a baby bird who’s fallen out of the nest, you’ll need to figure out whether it’s a nestling or fledgling. A nestling barely has any feathers and can’t really hop, walk, or flit around. If this is the case, the nest is almost definitely nearby.

If you can find the nest, you should put the bird back in as soon as you can. As mentioned earlier, the parents aren’t going to detect human scent and abandon the baby because of it.

If the bird has feathers and can hop and flit around, and its toes can grip your finger, it’s a fledgling.

These birds might be a little bit more capable than nestlings; however, they still need their parents to teach them about behavior and vocalizations.

The vast majority of isolated baby birds that you’ll see are healthy fledglings. Most of the time, their parents are close by and have them accounted for. The parents might be taking care of multiple young babies, and they’ll probably come back to care for the one that you found as well.

Usually, when a fledgling leaves its nest, it’s not going to go back on its own. In this case, it’s not a good idea to put the bird back, because it’ll probably hop right back out.

That has nothing to do with what do birds do when their nests are destroyed.

They’re merely exploring as babies do. You probably shouldn’t do anything at all, other than make sure the bird isn’t in harm’s way.

That Stuff’s For The Birds…

You might be disappointed that there is no clear answer to the question, what do birds do when their nests are destroyed? It really just depends on the bird.

However, you know that in the worst-case scenario, the mother will abandon the babies or eggs. That means that you really shouldn’t destroy a bird’s nest unless you absolutely have to. You don’t want to be responsible for eggs or baby birds starving to death.

Of course, you need to make sure that you’re following the law at all times if you remove or destroy a bird’s nest.

Most of the time, you just need to make sure that it truly is an abandoned nest before you can do anything with it. For the sake of the baby birds, you should remember the worst possible answer to the question: What do birds do when their nests are destroyed?

Have you had to destroy or move a nest before? What about protecting one from being destroyed? Let us know in the comments section!

Over 400 species of birds have been recorded in Colorado. Most people think of mountains when it comes to Colorado, but it has many more habitats that are attractive to birds. Since it can be...

Montana is often called a big sky country because it has a low population and many open, wild places. This makes it particularly good for bird watching, and the state has more bird watchers than any...